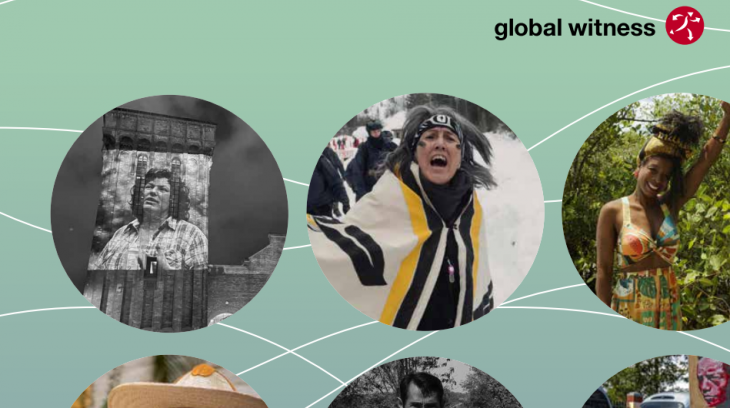 Colombian environmental activists faced high levels of violence last year, as 33 were murdered while defending land and natural resources, according to the latest report by the NGO Global Witness.

In the last ten years, 322 environmental activists have been murdered in Colombia. The only country which has seen more killings since 2012 is Brazil, which has over four times Colombia’s population, where 342 were killed in the same period. Globally, the decade-long figure was 1,733 victims: Colombia accounted for almost one in five of those.

While the figure for killings in Colombia during 2021 shows a decline from the preceding two years – when 64 environmental activists were murdered in 2019 and 65 in 2020 – the report warns that the country continues to have among the world’s highest levels of violence against those who defend land and natural resources, with indigenous people disproportionately affected. More than 40 per cent of the 200 people killed worldwide last year, averaging almost four per week, were indigenous even though they represent only around five per cent of the global population.

Latin America accounted for more than 75 per cent of all cases, with Mexico the worst-affected country in the region (54 murders) followed by Colombia, Brazil and Nicaragua, with killings also documented in Honduras, Guatemala, Chile, Peru, Bolivia, Ecuador, Argentina and Venezuela. ‘These lethal attacks continue to take place in the context of a wider range of threats against defenders who are being targeted by government, business and other non-state actors with violence, intimidation, smear campaigns and criminalisation,’ says the report.

Around ten per cent of victims were women, of whom two-thirds were indigenous, such as Nasa community leader Sandra Liliana Peña Chocué. Having long coordinated illicit crop substitution programmes and opposed the activity of armed groups, she was forced from her home and killed shortly before she was due to meet with local authorities in Cauca, southwest Colombia, on 20 April 2021.

The report says: ‘Gender-based violence rooted in misogyny and discriminatory gender norms is disproportionately used against women environmental and human rights defenders to control and silence them, and suppress their power and authority as leaders.’

It also highlights the lack of implementation of the 2016 peace agreement – with new president Gustavo Petro taking major steps to amend this following four years of interference and disregard for the agreement under the now-departed Iván Duque – as a factor in generating the land disputes behind many of the killings. The agreement addresses forced displacement, land inequality and the substitution of illicit crops with legal alternatives but a lack of implementation in these areas has exacerbated insecurity for environmental activists.

Common factors in countries experiencing violence against environmental activists are high levels of land concentration and economies focused on extraction of natural resources such as fossil fuels and minerals, particularly in Latin America. Colombia has the region’s highest land inequality, with just one per cent of landholders controlling 81 per cent of the land and the remaining 99 per cent of farms dependent on just 19 per cent of land. As the report notes, ‘[s]ocial and economic inequality is at the very root of the [Colombian] conflict, especially the extreme concentration of land, in terms of landholdings as well as land use.’ Climate change and mass migration are also cited as important issues in generating violent conflict.

In its recommendations on Colombia, Global Witness calls for increased dialogue between authorities and human rights defenders to address the threats they encounter, to adopt existing recommendations from domestic and international organisations on ensuring security for environmental and human rights defenders and to implement the 2016 peace agreement. The Petro government has shown a far greater willingness to fulfil these measures than its right-wing predecessor. Under Duque, murders of environmental activists rose significantly, while his government refused to ratify the Escazu environmental agreement signed with other Latin American and Caribbean countries. Duque also sought to reintroduce chemical fumigation from aeroplanes even though this has been scientifically documented as having a devastating impact on the environment and rural communities.

The 33 environmental activists murdered in Colombia in 2021 were: