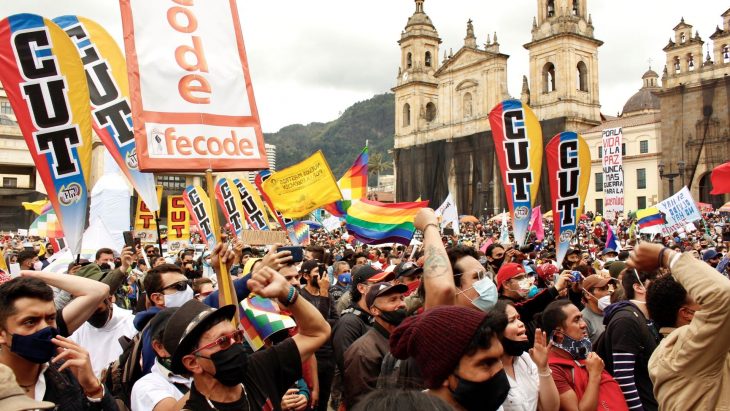 Join JFC and the TUC for our online Colombia fringe event at TUC Congress 2021.

This event is open to everyone

Despite the optimism generated by the 2016 peace agreement, Colombia remains the world’s deadliest country for trade unionists, with at least 20 killed last year alone, as well as human rights defenders and environmental activists.

From the frontline of protests, we are joined by Colombian trade union leaders, as well as TUC members who have participated in JFC delegations to witness first-hand the reality facing many Colombians.