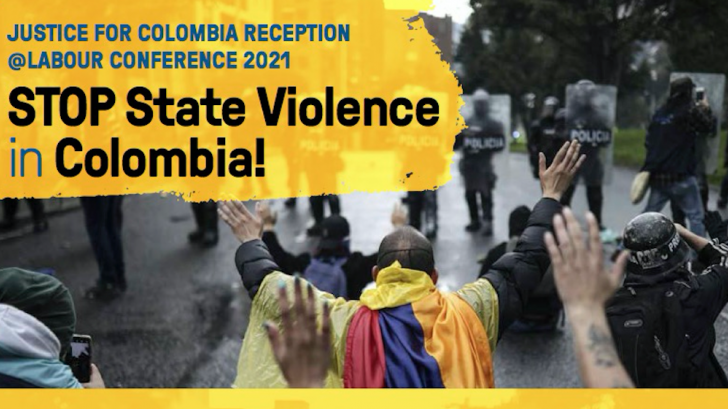 If you are attending Labour Party Conference 2021 in Brighton, JFC invites you to our reception on Tuesday 28 September (from 6pm).

We are joined by Labour MPs and trade unionists who have campaigned in support of peace and human rights in Colombia, while we will have video messages from Colombia from two prominent pro-peace Senators. 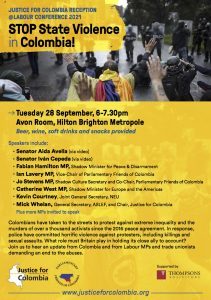 Plus more MPs invited to speak

Colombians have taken to the streets to protest against extreme inequality and the murders of over one thousand activists since the 2016 peace agreement. In response, police have committed horrific violence against protesters, including killings and sexual assaults. What role must Britain play in holding its close ally to account? Join us to hear an update from Colombia and from Labour MPs demanding an end to the abuses.