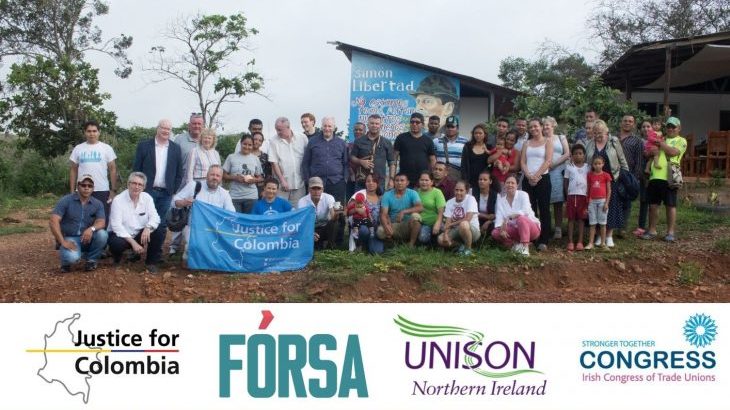 Join JFC’s fringe at the Irish Congress of Trade Unions All Island Biennial Delegate Conference in Belfast (26-27 October) and online.

*This is a hybrid event, with a physical fringe at the conference as well as online participation via Zoom*

Colombia remains the world’s most dangerous country for trade unionists, with at least 22 murdered last year alone. Meanwhile, the government’s disregard for the historic 2016 peace agreement has worsened a human rights crisis that has seen over 1,200 community activists and 285 former FARC combatants murdered. Rising violence and inequality saw millions of Colombians on the streets throughout 2021 in trade union-led protests that were met with a brutal response from security forces under the right-wing government of Iván Duque. As Ireland builds ever closer relations with Colombia, we are joined by trade unionists and activists from the frontline of protests (via video) as well as by ICTU executive committee members who have recently travelled to Colombia with JFC.