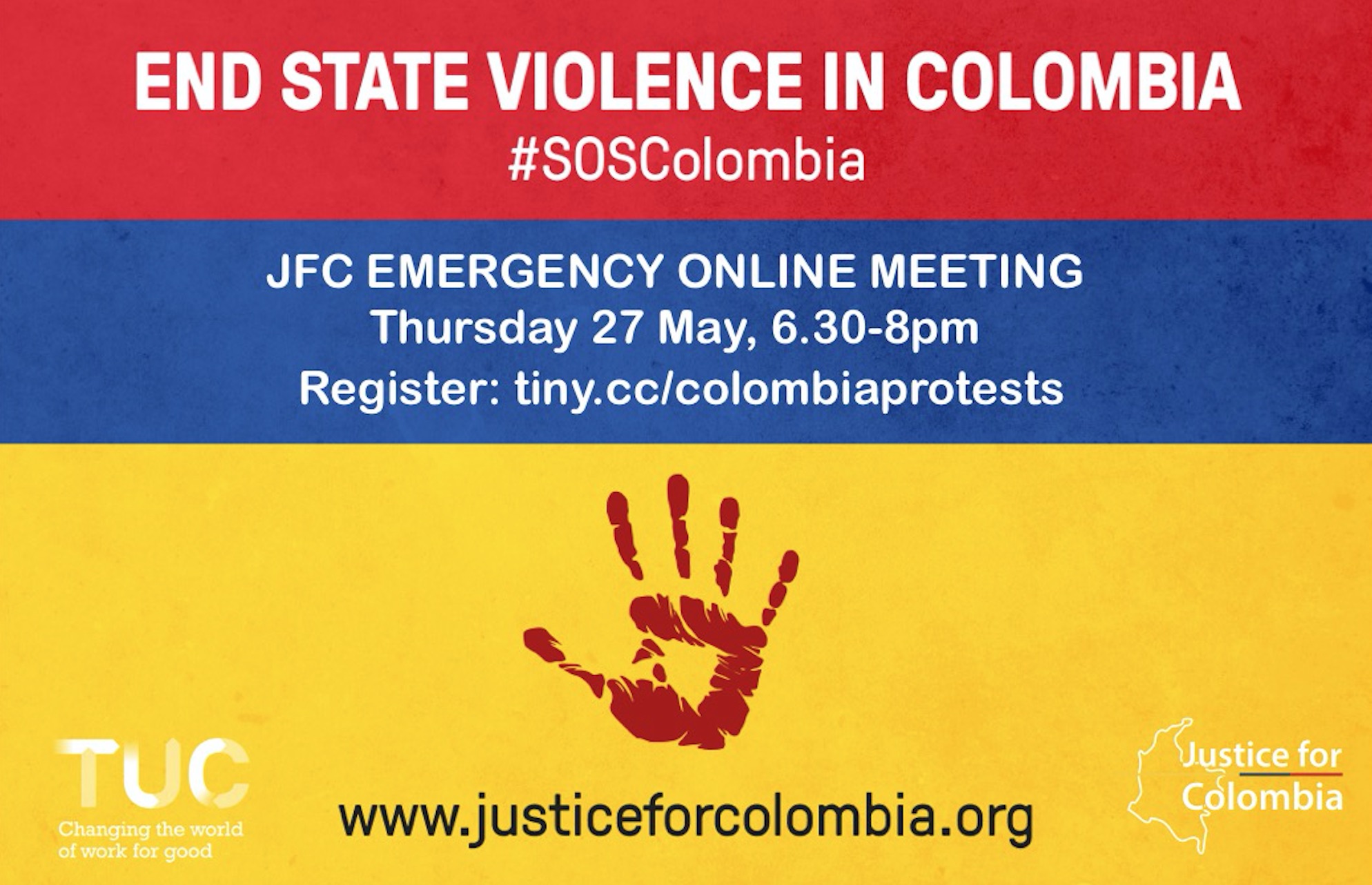 Online meeting on the current situation in Colombia.

Or watch on JFC Facebook page (without interpretation): facebook.com/JFColombia

Since mass protests began on 28 April, Colombian security forces have killed at least 43 people and committed major human rights violations against civilians. But the mass movement against economic inequality and state violence is only growing stronger.

Despite global condemnation of the violence, the government of President Iván Duque continues to brutally attempt to suppress protests. Amid major militarisation of towns and cities and appalling stigmatisation that sees government ministers and allies baselessly label protesters as ‘terrorists’ and ‘vandals’.

Join this emergency meeting for an on-the-ground update on the situation in Colombia and hear what the international community can do to support human rights and peace in the country.