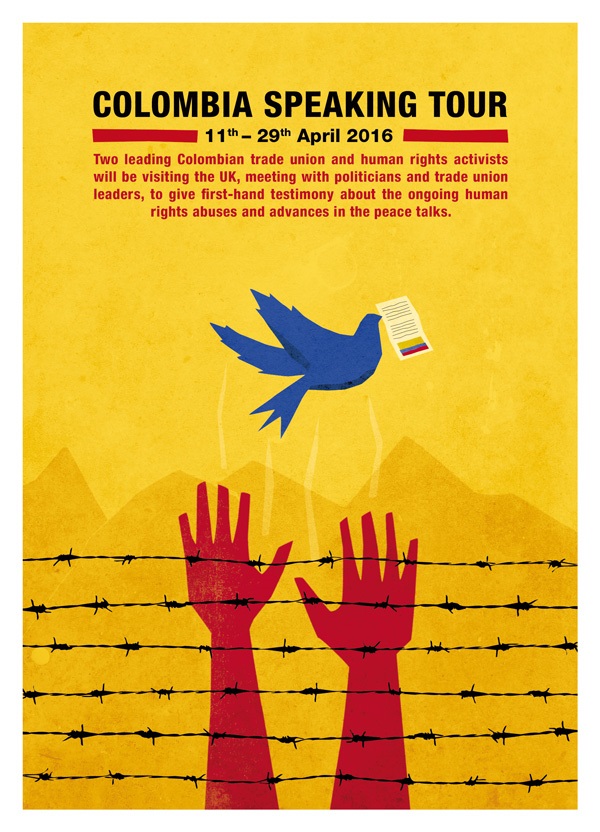 As the peace talks draw ever nearer to a final agreement, in recent weeks the killings of activists have risen dramatically.

Come and hear from two of Colombia’s leading trade union and human rights activists about the situation on the ground in Colombia and how the international community can help secure an end to the murders and a lasting peace.

Entrance is via the Visitors Entrance which is on Cromwell Green. Entrance Number 8 on the map shown in the link below. No registration is needed. https://www.parliament.uk/documents/facilities/maps/colmap.pdf

Sign up to the Justice for Colombia email list for the latest news and campaigns and events info, here: http://eepurl.com/bVng2z.