On 9 April 2018, Jesús Santrich, a lead FARC negotiator during the Colombian peace process, was arrested in Bogota. Jesús was a congress member elect for the new FARC political party, and was serving as a member of the FARC’s three-person team on the Commission responsible for overseeing implementation of the peace agreement.

The arrest came after a New York court released an international arrest warrant requesting extradition and alleging that Jesús conspired to smuggle cocaine to the US after the signing of the final peace agreement. The former Colombian Attorney General and the Colombian President have repeatedly accused Jesus Santrich of being guilty undermining respect for the judicial process.

The FARC called the arrest a ‘plan orchestrated by the US government with the cooperation of the Colombian Attorney General … which aims to decapitate the our political party and thwart efforts for peace’.

As a former FARC combatant, the transitional justice system (JEP) has jurisdiction over crimes that may have been committed in the context of the armed conflict and is responsible for determining if a former combatant has committed a crime after the signing of the Final Agreement. Despite requests to both the Colombian Attorney General and the US courts, no evidence was provided to the JEP and Santrich’s release was ordered in May 2019. His release was delayed several days however and upon release Santrich was rearrested with the Colombia state prosecution office having now opened up a case against him claiming they had new evidence. A week later on 29 May 2019 the Supreme Court ruled that Santrich must be released as he is a Member of the Colombian Congress and therefore only the Supreme Court can carry out an investigation. The Supreme Court is now investigating the case againt Santrich.

Upon his release from prison after one year in jail he said “nobody would want a trial more than me, so I can prove my innocence”.

Whilst in prison Santrich was often kept in isolation despite his being blind, there were reports of prison guards raiding his cell and disorganising his belongings, and he has also been denied tools to help him read and get over other obstacles caused by his blindness.

In 2004, FARC member Simon Trinidad was extradited to the US after being arrested in Ecuador while conducting a prisoner exchange. The weak charges against him saw three trials collapse, before the US government brought new charges of ‘hostage-taking’ and convicted him to 60 years in prison. This violated international law that Trinidad could only stand trial on the charges for which he was extradited. 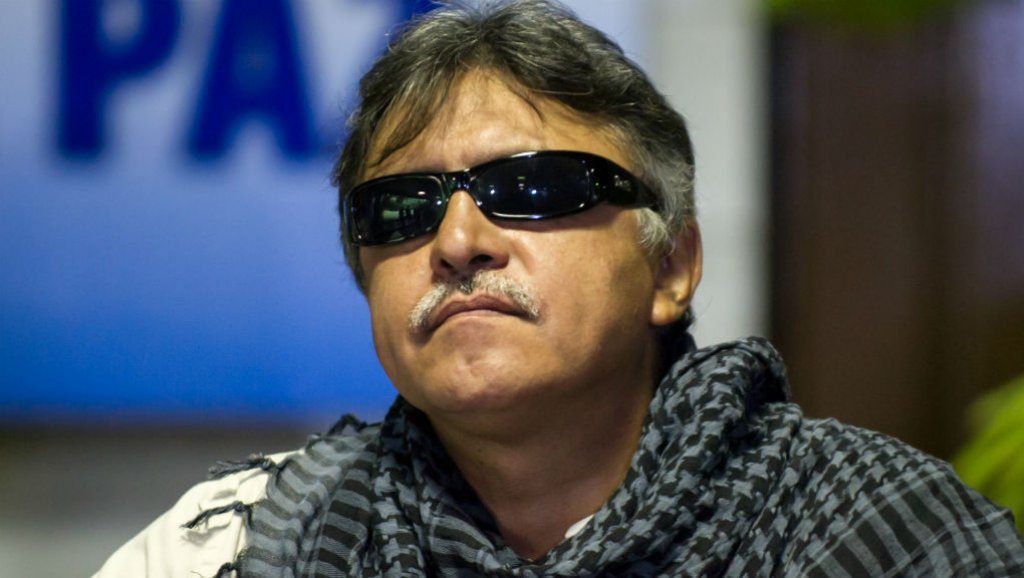 Almost one year after his arrest, still no evidence against Jesús Santrich